A Time to be Thankful for America’s Sweetheart – Tom Hanks

If you’re wondering if you read that correctly, you did. Tom Hanks Giving.

We first heard heard the term watching an episode of The Big Bang Theory. They were going to have an old fashioned Victorian Christmas at Amy’s. Raj made a remark concerning a Tom Hanks Giving celebration he attempted to throw.

I had to rewind and go back, did I hear that correctly? Do other people know about this?

Turns out they do.

Other people have done this, and some shared a little bit of what they’ve done. I happen to be very “extra” if you will when it comes to Thanksgiving. We were hosting a friend and her children, and luckily that friend is also very extra for Thanksgiving. She was in 100% as soon as I texted her about the idea.

Coming Up With A Tom Hanks Giving Menu

We weren’t going to stray from our usual menu, if anything we would probably add a few extra dishes to this year’s meal. I sat one night and went through Tom Hanks’ wikipedia page jotting down roles, movies, shows, and quotes. I went with those I thought I could work with and bookmarked the page for future reference.

Next, I wrote down the dishes we would be making, and may want to make. Desserts can be prepared a few days before to make everything easier.

The third step was to connect the dishes to the roles, the quotes, the movies, and the shows. 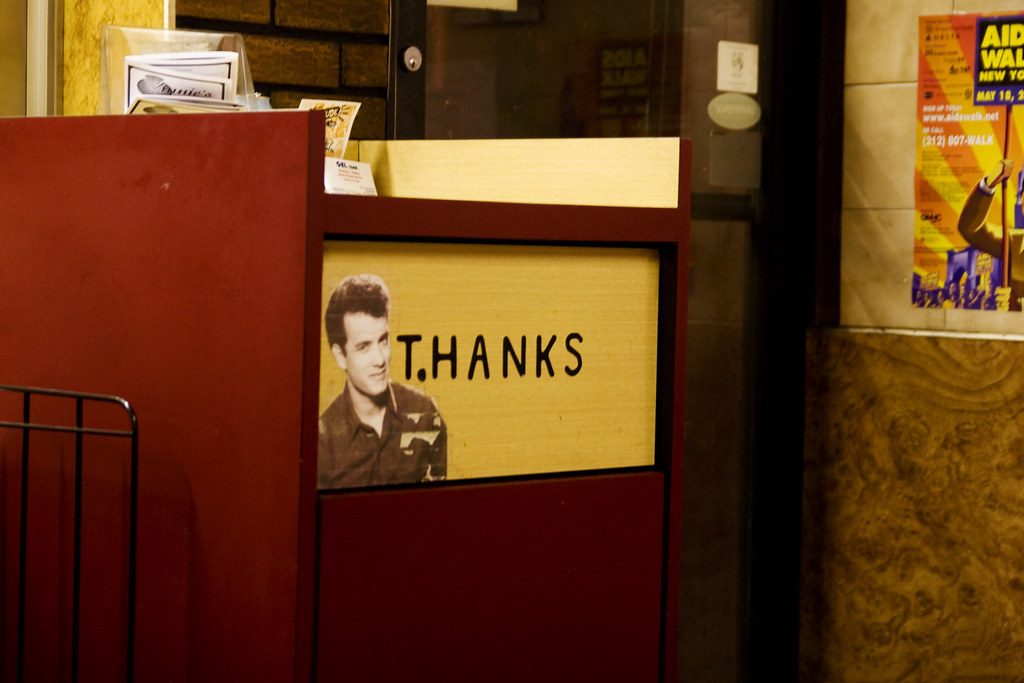 The star of the show and main dish: the TURKEY! This was the first and most obvious matchup of name to dish. Based off of Tom Hanks’ performance as Ray Peterson in the 1989 film, “The Burbs”.

“Bosom Buddies:” was a sitcom in the early 1980s. Hanks and Peter Scolari must disguise themselves as women in order to move in to a particular apartment complex after theirs is demolished. Another name for potatoes is spuds. Spuds rhymes with buds and well, you get it.

Forrest Gump is one of my favorite movies. It was just a few days before Thanksgiving that we realized we had nothing Forrest Gump themed. A friend of mine quickly thought, lets have shrimp with our dinner. Why not? So, a store-bought shrimp package with some cocktail sauce was the perfect addition. It was great for snacking on during last minute meal prep.

Catch Me If You Yam

This dish was named after the movie “Catch Me If You Can.” Hanks plays FBI Agent Carl Hanratty dedicated to catching Leonardo DiCaprio’s character, Frank Abagnale. For this one we went with Bourbon Bacon Sweet Potato Casserole.

Sully Sullenberger, the pilot who landed on the Hudson. Coleslaw seemed like an obvious matchup. Matt made his coleslaw recipe which some how hasn’t ended up on this site yet. So until then we will leave you with this KFC Coleslaw Copycat Recipe from the blog, Crunchy Creamy Sweet.

“The Green Mile” – The Green Bean Mile. This one seems self explanatory. Another movie I’ve some how never seen. Based on a Stephen King novel of the same name, Hanks plays a corrections officer who becomes close with a death row inmate. He comes to believe the inmate has a supernatural power and believes him to be innocent.

“Philadelphia” was one of the first movies to tackle the topics of HIV/AIDS, homophobia, and homosexuality. The song from the film “The Streets of Philadelphia” was performed by Bruce Springsteen. This Spinach Casserole uses cream cheese, the most popular brand of cream cheese being Philadelphia cream cheese. While this one seemed to be a bit of a stretch, it still worked.

Check out this recipe from the Food Network.

“Cast Away” you know, the one with the volleyball. This 2000 film strands Hanks on an island after a plane crash. We decided to pair this film up with Broccoli Casserole. Give this recipe from All Recipes a try.

I’ll admit, I’ve never seen this one. I have heard of it, that’s about it. For those of you who are also unaware, Cloud Atlas is a sci-fi film, starring Tom Hanks and Halle Berry. It seems to follow two souls through history and the paths which they follow to find each other in different lifetimes. That’s what I got from a quick google search anyway. We substituted Corn for cloud, and that’s that.

Including the trailer for the movie which piqued my interest.

Hanks portrays Goldthwaite Higginson Dorr, Ph.D., the mastermind of a casino heist. He and his band of criminals pose as a classical music ensemble. When their landlord, an old lady, catches on, they decide to silence her.

A small stretch on this one Lady Killers to Gravy Killers, but we figured it was easy to figure out. Do you use premade gravy or make your own? Let us know!

Polar Express Roll-ar Express, get it? This animated film feathers Hanks as multiple characters. The name connection basically gave it self to us. No need to be creative here.

If you grab a pack of Hawaiian rolls from the store follow these directions.

The summary according to IMDB:

During the Cold War, an American lawyer is recruited to defend an arrested Soviet spy in court, and then help the CIA facilitate an exchange of the spy for the Soviet captured American U2 spy plane pilot, Francis Gary Powers.

Bridge, Biscuit- you get it. We went with Buttermilk Biscuits on this one. Check out this recipe for them from the Food Network.

“That Thing You Do” Not only does Tom Hanks star in this film, he also wrote and directed it. This movie tells the story of the rise and fall of a 1960’s one hit wonder pop band.

Whether you like Stove Top or a homemade recipe, you’ll be singing the song from the movie while making it.

There’s No Cranberries In Baseball

“A League of Their Own” one of my all time favorite movies. This one was an obvious choice. An all star cast consisting of Madonna, Rosie O’Donnell, Geena Davis, and Hanks as their coach. “THERE’S NO CRYING IN BASEBALL!!!!”

Whether you choose the canned jelly cranberry sauce, whole berry, or whatever you come up with, this is the only name you can give this dish.

Every Time We Say Cranberry

“Everytime We Say Goodbye” is a film where Hanks portrays an American in the Royal Air Force. He falls in love while stationed in Jersualem.

We went with Cranberry cookies for this one. While we went with an easy store bought mix, give this recipe a try from A Treats Affair.

Bonfire of the Cranberries

“Bonfire of the Vanities” Tom Hanks plays a well street executive in this film. His girlfriend (Melanie Griffith) runs over a teen in the Bronx and doesn’t report it. A reporter (Bruce Willis) eventually catches the story and it goes to trial.

I thought for this one with the word vanities in the original name, that this dessert needed to be a bit over the top. I chose Mini Cranberry Cheesecake Parfaits which I saved from a Parade magazine.

I’ve been watching Saturday Night Live for as long as I can remember. This is one of the most bizarre skits. That says a lot. If you don’t know…well now you know:

We had some chocolate dipped strawberries and chocolate covered pretzel sticks. Had to finish the desserts with the most famous “Forrest Gump” quotes.

You have your menu, you’ve named the dishes to match the theme…now what?

We suggest actually watching some Tom Hanks films leading up to and after dinner. Here’s our suggestion to add to your Tom Hanks Giving. Substitute films as you wish of course.

Not ready to commit to Hanksgiving? Check out these 9 Pumpkin Dishes from Around the World!

And for that added touch of Hanks Giving “Extra”, may we present…. the menu:

Do you have theme dinners? Do they go this far? Let us know in the comments what crazy meals you’ve hosted or attended in the past!

For Your Enjoyment: Tom Hanks impersonating…well, everyone for 17 minutes.